After two years of intensive work, cross-institutional exchanges, lively debates, feasibility analysis and exploratory tests, the SONAR project ended at the end of 2020. It was carried out as part of the P-5 program "Scientific information: access, processing and safeguarding" of swissuniversities. The objective was to set up a national platform for open access scientific publications.

The whole SONAR team warmly thanks all partner institutions and colleagues who have contributed in one way or another to the project, or with whom it has exchanged ideas and experiences. 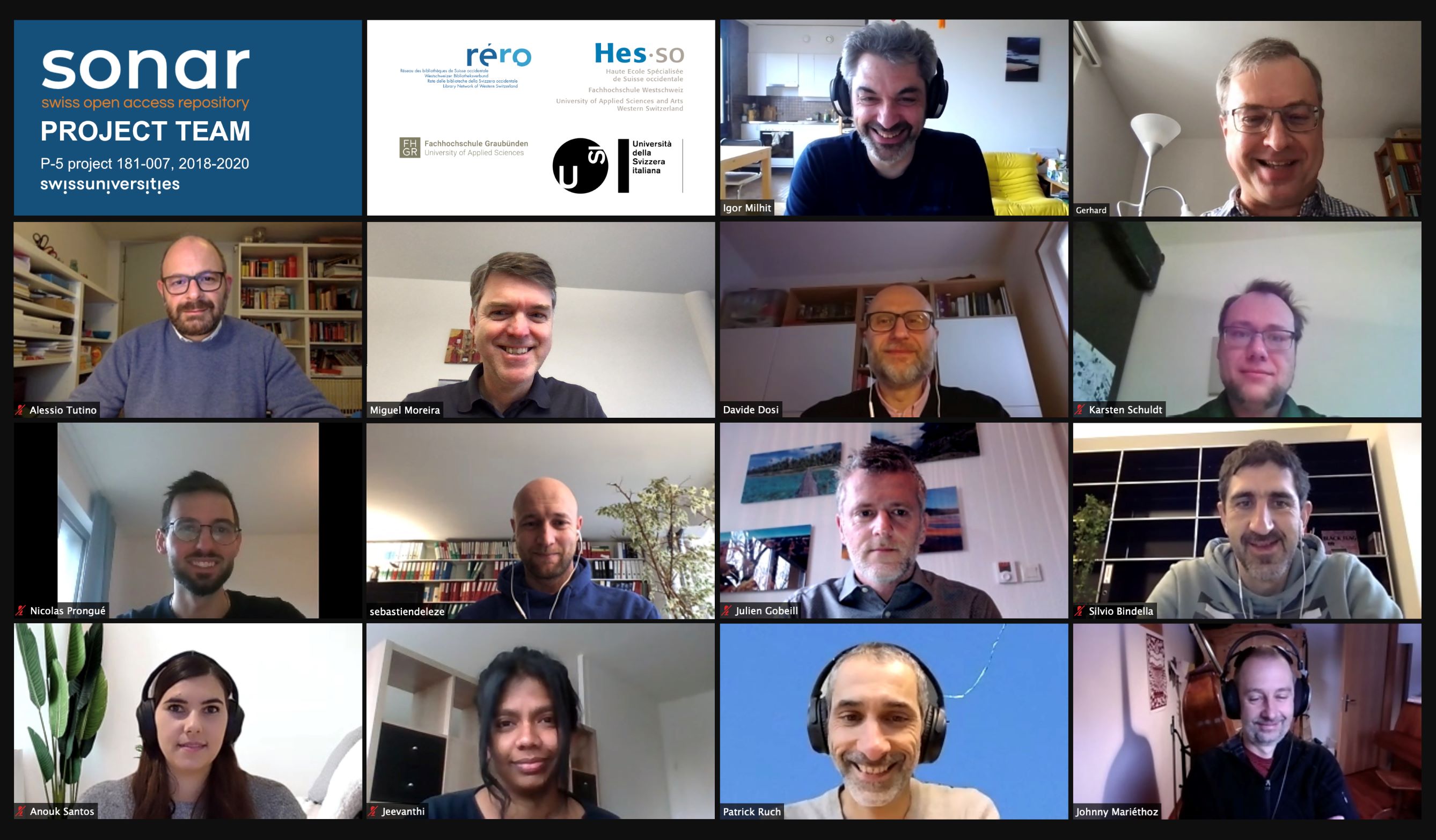 SONAR brought together participants from the four corners (literaly!) of Switzerland:

Various services have been designed and will take over the project. The infrastructure is ready to welcome client institutions and also to progressively replace RERO DOC in the course of 2021. The transition to production will be done gradually according to the planning of the interested institutions. Various discussions are under way.

The SONAR go-live will be announced in the coming weeks.